At some time prior to 1754, the Lodge began life as a humble cottage of one room, occupied by a molecatcher whose sole duty was to reduce the peril presented to huntsmen by molehills.

This cottage was enlarged to form a dwelling with four principal rooms and renamed Hill Lodge.  The occupant, John Trage, a gamekeeper, let rooms to Elizabeth, Countess of Pembroke, who became very fond of the Lodge and begged King George III to grant it to her.

The King granted her request and another lodge was built for Trage in 1787, at a cost to the King of some £294.  It is, of course, entirely coincidental that the Countess was “one of the great beauties of the age”.  Between 1788 and 1796, Sir John Soane and Henry Holland extended the building, on behalf of the Countess of Pembroke, to form the entire Georgian wing and part of the North wing.

After the death of the Countess here on 26th May 1831, at the grand age of 93, William IV granted the Lodge to the Earl of Erroll, husband of one of his daughters.  Between 1831 and 1846 the Earl completed most of the remainder of the North wing.  The Countess of Dunmore lived here during 1846.

In 1847, Queen Victoria granted the Lodge to Lord John Russell, the Prime Minister, who conducted much Government business from here.  This was one of the heydays with visitors including Queen Victoria and the Prince Consort, Palmerston, Gladstone, Garibaldi, Thackeray, Dickens, Browning, Tennyson, Landseer and Lewis Carroll.  Lord John was much taken with the Lodge – “an asset that could hardly be equalled, certainly not surpassed in England.”

Earl Russell died here on 28th May 1878, aged 85.  It seems that the Lodge induces longevity but that late May is a time to be abroad!  His widow, Dowager Countess Russell, was succeeded by her daughter Lady Agatha Russell, who left a memorial, still standing in the Rose Garden, “Pembroke Lodge 1847-1902 In loving memory of my Father and Mother, Lord and Lady Russell and of our supremely happy home at Pembroke Lodge.”

Bertrand Russell, the philosopher and mathematician, spent his early years here between 1876 and 1894.

He “grew accustomed to wide horizons and an unimpeded view of the sunset” and remarked “I have never since been able to live happily without both.”

Georgina Countess of Dudley took occupation in 1903 and made further alterations including the decorative friezes in the ground floor of the Georgian Wing, the mahogany doors and floor.

A wealthy industrialist, John Scott Oliver, took up residence in 1929 and also carried out many alterations, mostly in the North wing.  He suffered large financial losses in the recession and put the Lodge on the market in 1938.

Before the Lodge could be sold it was requisitioned by the Phantom Squad, GCHQ Liaison Regiment, for its officers quarters.  This was a fascinating time, as the Squad’s role was to position motorcycle riders equipped with radios at front lines to relay the precise situation to the commanders of all Allied units in the vicinity.

Field Marshal Montgomery described the Squad as “indispensable”.  Nonetheless, much insensitive alteration was carried out to the Lodge and the cottage suffered two direct hits from bombs in 1942 and 1944.

Members of the Squad went on to become Privy Councillors, Law Lords, Judges, MPs, a Commissioner of the Metropolitan Police and actors, including one David Niven who remarked in a letter, the original of which is now held at the Lodge “These were wonderful days which I would not have missed for anything”.

Until recently, there has been much uncertainty as to the future of the Lodge.  Many of you will recall the long, but thankfully successful, battle some 12 years ago to keep the Lodge open to the public.

The most striking facet that endures throughout the centuries is the remarkable affection for the Lodge of every occupant and this facet is still very much alive.  There are few days when I do not meet a new person who has special affection for this unique building.

Richmond Park has a fascinating history spanning almost four centuries since its enclosure by Charles I in 1637 as a Royal hunting ground. Whilst unpopular at the time, the physical enclosure of the Park in Royal ownership has protected it from the creeping encroachment of an ever-growing urban London, thus creating one of the finest urban parks in the world.

Since 1997 Daniel Hearsum has collected historic material relating to the park. In 2009 The Friends of Richmond Park and The Hearsum Collection, now a registered charity, entered into a partnership to catalogue, digitise and publicise the collection for all to enjoy.

The historical items catalogued by volunteers so far include some:

Interpretation boards have been installed at the entrance to Pembroke Lodge and pictures of ‘the lost houses of the Park’ are now on display in the entrance hall.

Plans are in hand for a new purpose-built visitor centre to make the Collection accessible to all, under the management of the new registered charity ‘The Hearsum Collection’.

Find out more information about the collection at www.hearsumcollection.org.uk

The Hearsum Collection is a registered charity, number 1153010, which was set up in 2013 to help tell the story of the history of Richmond Park by making available to public access a collection of relevant historical material.

The Collection contains a range of diverse historical and reference material covering the last 400 years, with some 2,500 items including antique prints, paintings, maps, postcards, photographs, documents, books and press cuttings. These are currently being catalogued by volunteers from the Friends of Richmond Park.

For more information on the Collection go to www.hearsumcollection.org.uk 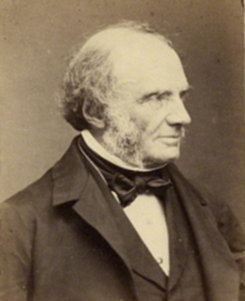 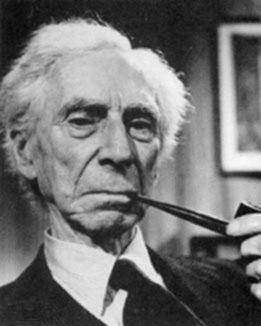